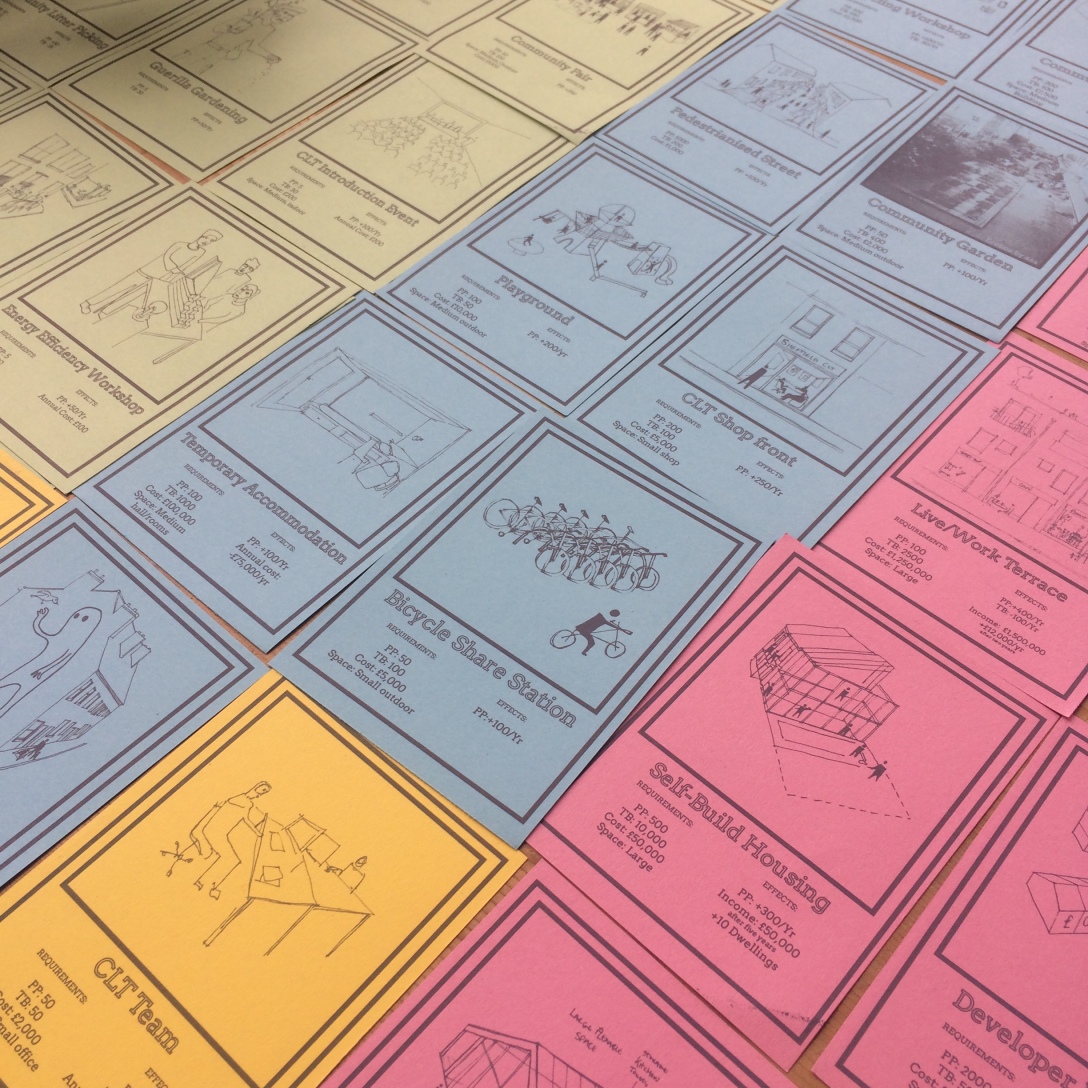 City of Sharing version 0.5 introduced a full set of intervention and funding cards.

The site map/game board was also populated with contextual information for each of the plots on site.

Developing the stats for the funding cards introduced the requirement for a dice roll to represent the chance involved in securing funding in the real world where you are competing against like-minded organisations.

The rules for the test:

The game test was played with three players and was more successful than the previous tests but came up against a number of issues with the game order and mechanism that slowed it down too much and made the players rely too heavily on the Facilitator.

It was not reflecting the original purpose of the game. The players needed to be able to negotiate together to find the appropriate funding to go with the interventions. So a negotiation phase was added in to the sequence of play during the game:

The players enjoyed the game and gave good feedback. Some quotes:

Fundamentally the game play needs to be simplified so that the players can get on with discussing ideas with minimal input from the Facilitator.

The scoring system, or at least mechanism for tracking it, was too complicated taking up too much time to calculate and keep track of.

I will develop the idea of an abacus type slide system.

I will make a large number of changes off the back of this test which will be outlined in the next blog text and become version 0.6.